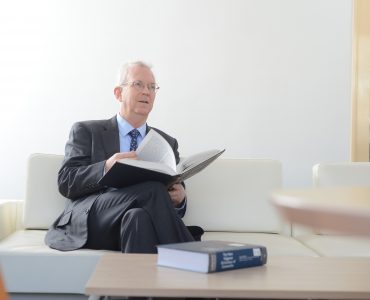 I was born in America and first came to Japan as an exchange student at Waseda University when I was 20 years old. After graduating from Occidental College, I returned to Japan, and at the age of 25 came to Bizen city Okayama prefecture to become the apprentice of Kaneshige Michiaki, first son of Living National Treasure Kaneshige Tōyō.

The apprenticeship was traditional and strict so I was not “taught” anything. A disciple in Japan must steal technique. The belief was that, in order to create beautiful things, first, a person must have beautiful character. So, the character of a disciple must be improved, and the technique for improving character was to have the disciple endure pain.

After finishing the three-year apprenticeship, I made a kiln and began my life as a Bizen ware artist, confronting the fundamental elements: clay, firing and form; I might rather think of them as earth, fire, and human character.

I was extremely lucky to have entered the Bizen ware society just at the latter half of the post war cultural revival boom when the art world blossomed in Japan creating such greats as Kaneshige Tōyō, Kitaōji Rosanjin, Arakawa Toyozō, etc. I was very fortunate in being able to meet and interact with many of the important and influential curators, collectors, and artists at a very young age, just after finishing my apprenticeship. I became a full member of the Bizen ware society, joined the Bizen potter’s guilds, and held exhibitions throughout japan. As I created Bizen ware I also was careful to seize the opportunity to document some of the remaining entities from that era.

I decided to enter the doctoral program at Okayama University in order to utilize the knowledge and experience I had gained towards the improvement of the international understanding of Bizen ware, Japan, and to further contribute to the academic community. Upon entrance to Okayama University I deeply immersed myself in research and am presently writing a dissertation about Kaneshige Tōyō.